About Spanish Evangelical Resources
and its Founder, Larry Crabtree 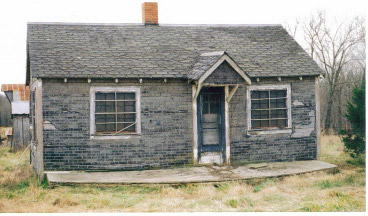 Until age 9, Larry Crabtree, founder of Spanish Evangelical Resources, lived with his family of five in a tiny one-room house with no plumbing in Bentonville, Arkansas. The poverty he experience in his childhood gave him a love and compassion for the poor and oppressed which has stayed with him throughout his life.

At age 14, he answered an altar call and accepted Christ as his Lord and Savior in Miller Community church. That was the most important decision of his life. His relationship with Christ has given him a hope, joy, and perseverance that have sustained him through many trials during his life.

He dropped out of high school at age 17 and joined the U.S. Navy because there were no jobs for seventeen year olds in Bentonville. While in the Navy, he served in the Atlantic fleet and on shore in Viet Nam.

Upon being honorably discharged from the Navy, he settled in Los Angeles, California and became an officer with the Los Angeles Police Department. He obtained his Bachelor of Science degree attending night classes while working full time as a police officer.

Larry resigned from the police department in 1983 and joined Wells Fargo Bank as a branch manager. Over the next 11 years he rose to the position of Senior Vice-President Division Manager.

Larry left Wells Fargo Bank in 1994 and started his own financial services consulting business. In 1997 he closed his business and went into full time ministry.

Larry says, "I started out poor and without hope of success by the world's standards. Yet God had other plans for me. It was His plan that I be a successful businessman. At the high point of my career I honestly believed my success was a result of my hard work and perseverance. However, when I looked back after leaving the business world I realized that God had orchestrated my every move and was responsible for my every success. God blessed me so I could serve and bring glory to Him. Not so I could have a big house, drive a luxury car, wear Armani suits, take exotic vacations, and live an opulent life style. Not that those are bad things in and of themselves. But, God has a much greater purpose for every believer than achieving the American dream!"

Since 1997 God has blessed Larry with the opportunity to serve in variety of ministry positions, including participation in many short-term missions trips around the world. He also started a ministry in Cameroon, West Africa that is officially registered with the Cameroonian government. In addition, he started a 501c3 non-profit ministry, to educate churches across the United States about the persecution of Christians in America and around the world.

Larry's first mission trip in Latin America was to Mexico in 1971. Since then he has made many additional trips to Latin America. He has a special place in his heart for the people in Latin America, and feels a strong call to provide Spanish evangelical resources to them.

In 2010, God blessed and guided him to start Spanish Evangelical Resources, (an American 501c3 non-profit ministry), with a goal to provide Bible Commentaries and other Spanish evangelical resources in Easy to Read Spanish to Christian leaders, pastors and church (or Christian) lay leaders in Latin America.

As a result eight of Fred's "Easy to Read" commentaries have been translated into Spanish thus far.

Larry's deepest passion is for the pastors and believers in remote areas who typically do not even have access to Bible dictionaries and commentaries to aid in their study of the Bible. The pastors generally have not had Seminary or Bible College training, which makes the need for our commentaries all the more critical.

If you are such a pastor or Christian leader, he realizes that it may cost you great effort to reach an internet connection so that you can access this site. His desire is to provide you with practical and valuable Spanish evangelical resources to help you, and through you, to help other Christians grasp the truth of God's Word, grow in the knowledge of God's character, and live in a godly manner. He wants to make it worth your extra effort to visit us regularly.

As much as he would like for every pastor to have access to the internet resources he knows that is not possible. Therefore, Spanish Evangelical Resources (SER) also makes the much needed reference materials available to Mayan pastors, church leaders, and teachers through training seminars conducted in the area where they live. 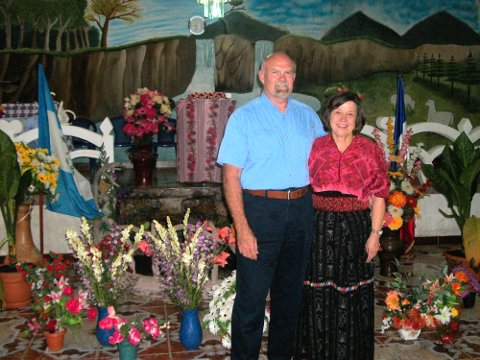 Larry's wife, Sally, shares his passion for teaching the truth of God's word to believers. She believes one of the greatest problems facing the church today is the inability to recognize false teaching due to lack of Bible knowledge. Sally accepted Christ as her Lord and Savior in a small country church in Fortuna, Missouri at age five.

Sally serves on the Board of Directors of Spanish Evangelical Resources and works full time as an accountant. This enables Larry and Sally to contribute to the ministry on a regular basis.

Larry and his wife, Sally, live in Jefferson City, Missouri, and are active members of their church.